This Nationally Recognised Unit of Competency, HLTAID006 Provide advanced first aid is part of the fully accredited first aid training that gives you the knowledge, skills, and confidence to respond in an emergency situation. Advanced first aid training provides the necessary skills required to confidently coordinate, manage and instruct other first aiders across a range of complex situations – as well as within community and workplace environments.

The course comprises pre-course learning and practical training plus face-to-face training hours. The face to face training is available in either a 1 or 2-day format and covers both theory and practical aspects of the HLTAID006 Provide advanced first aid course.

The candidate must show evidence of the ability to complete tasks outlined in elements and performance criteria of this unit, manage tasks and manage contingencies in the context of the job role. There must be evidence that the candidate has completed the following tasks in line with state/territory regulations, first aid codes of practice, Australian Resuscitation Council (ARC) guidelines and workplace procedures:

followed DRSABCD in line with ARC guidelines, including:

Stop the Bleed is now being taught throughout 50 countries worldwide.

Participants will be issued with STOP the BLEED international certification issued by the American College of Surgeons, Committee on Trauma as part of this program. 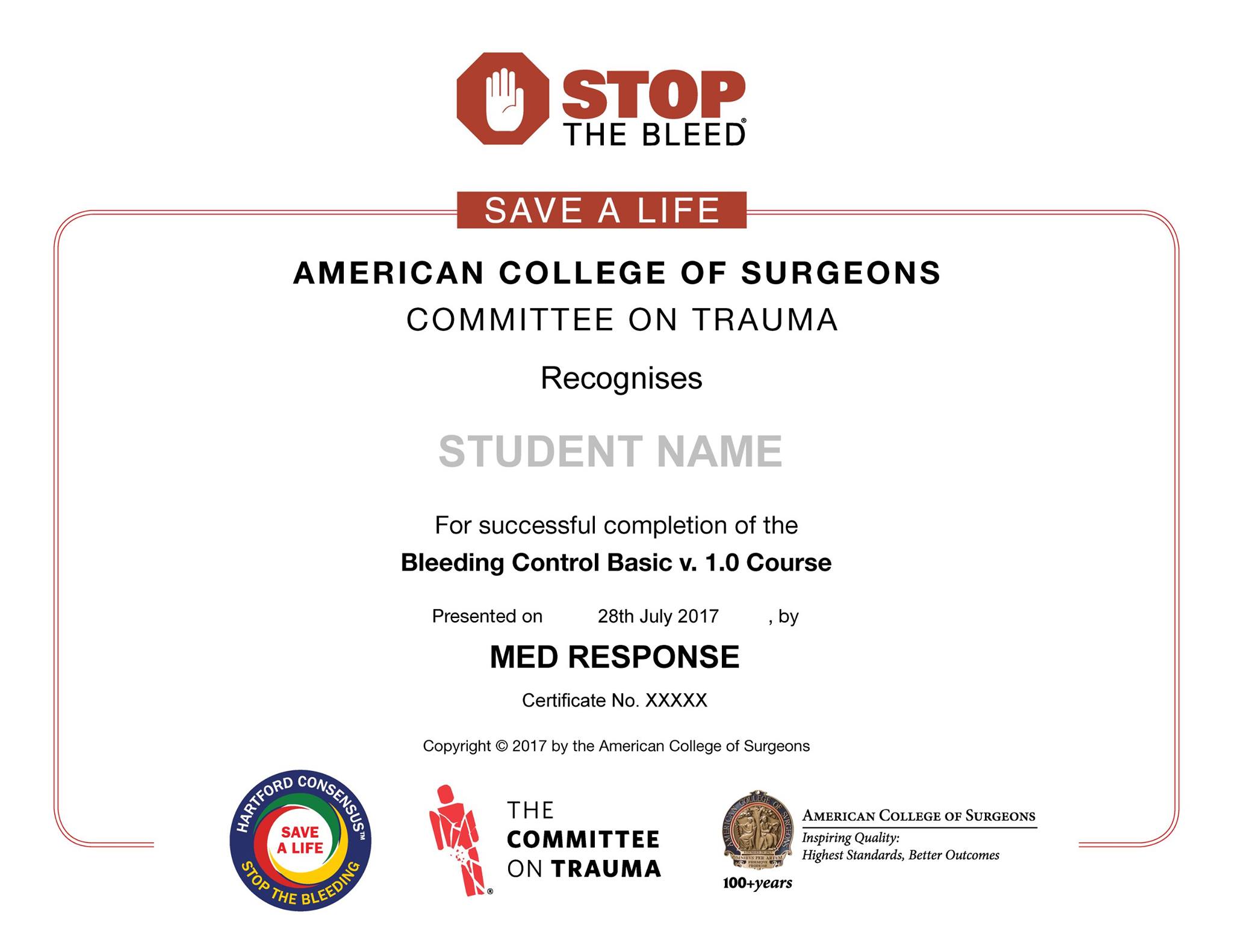